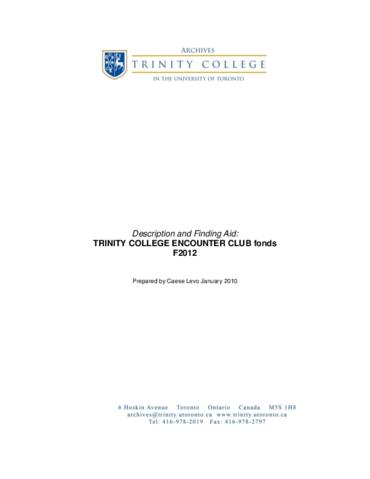 The Trinity College Encounter Club was established in 1962 and was active until at least January 1967, the date of the last entry in the financial records. The aims of the Club do not appear to be recorded in any of the surviving materials, but would seem to represent an effort to open discussion on national and international issues by bringing in speakers and holding conferences. The Club established a journal, The Encounter, in December 1964 - at least three issues were published.

There is no record on how these materials were acquired by the Trinity College Archives. Until 1998 the records were identified as MS 269.

Files have been organized by the archivist.