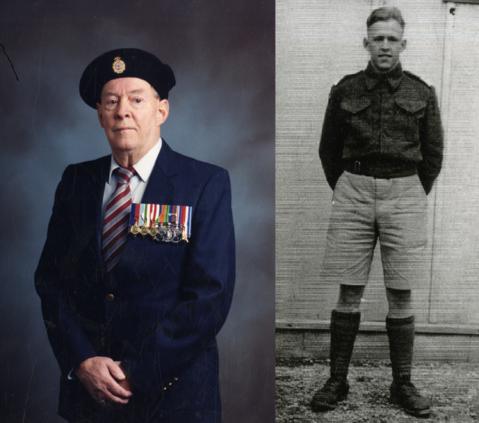 Ernfold, Saskatchewan native Professor Horace Dougald "Ace" Beach (1919-2008) was a veteran of the Second World War, serving with the Trois Rivieres Regiment Tank Core in North Africa and Italy as an intelligence officer. He received the American Silver Star Medal in 1945 for negotiating the surrender of 140 enemy soldiers, after which he was promoted to Captain. He stayed on after the war and posted to Germany where he met his future wife Maxie. His papers, which include letters, photos, and diaries, were donated by his daughter Joy Beach.