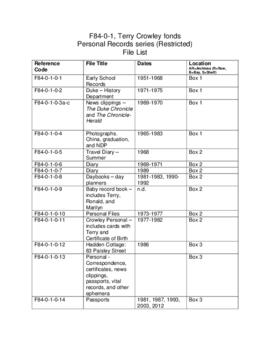 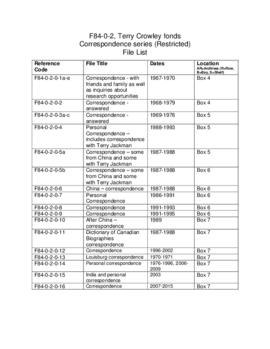 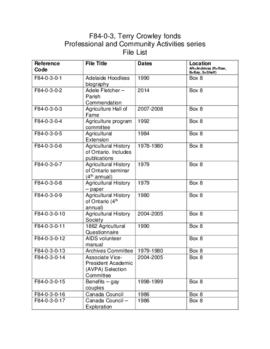 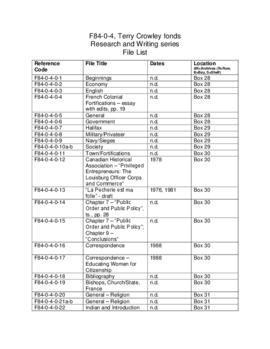 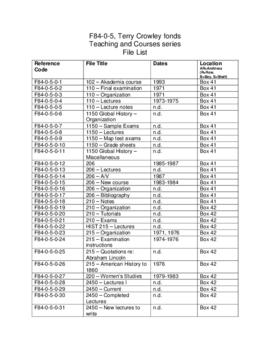 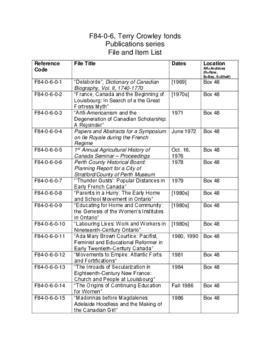 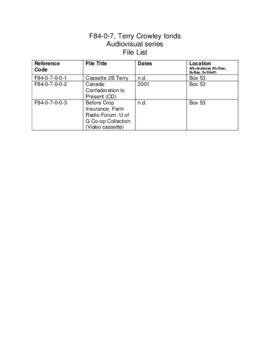 Terry Crowley, professor emeritus at University of Guelph, was born in Toronto, Ontario. Throughout his life he has been an educator and an involved member of the Guelph community. He was a professor at the University of Guelph in the History Department from 1971 until 2010, and he was chair of the department from 2003 to 2008.. His research interests include Canadian history, with particular emphasis on rural, agricultural, and women’s history. He obtained his doctorate degree in History from Duke University in 1975 and his Master’s degrees from Duke University (1970) and Carlton University (1968).

Crowley, an author of numerous articles, chapters, and books, has written about topics that include Agnes Macphail, Isabel Murphy Skelton, Letitia Youmans. He is the author of Marriage of Minds: Isabel Oscar Skelton Reinventing Canada (2003), The College on the Hill: A New History of the Ontario Agricultural College, 1874-1990 (1999), Canadian History: Pre-Confederation to 1867, The Birth of a Nation (1993), Agnes Macphail and the Politics of Equality (1990), and One Voice: A History of the Canadian Veterinary Medical Association (1989) as well as numerous entries in reference books, articles, and book chapters.

Crowley and his partner, Terry Jackman, were longtime Guelph residents; they currently reside in Toronto.

Prior to their transfer to Guelph Public Library Archives, the records were in the custody of Terry Crowley.

This fonds consists of records pertaining to Terry Crowley's early life, his community activities, and his activities as an educator and professor.

These records were donated by Terry Crowley.

There are restrictions on access. Please speak with the archivist to determine which records are restricted.

For further details on accessing records in this fonds, consult the series descriptions.