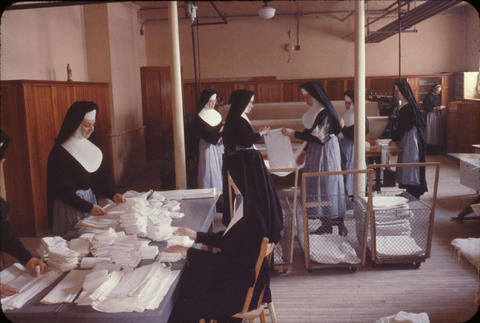 This series contains records of the activities of the Sisters including their occupational work appointments, residences, vows, and any departures from the congregation that occurred. The material contained in this series is primarily administrative and allowed the Sisters to keep track of membership, duties, and contact information.

Occupational work was assigned based both on the needs of the community and the skills and training of the Sisters. The primary occupational work fulfilled by Sisters outside of the congregation was in education or nursing, but Sisters also fulfilled roles within the congregation such as housekeeping, and administrative work. With an increasingly aging population, there has been a greater dependence on lay staff to fulfill these sorts of duties within the community.

The records were transferred to the archives by the administration.

Order was imposed by the archivist.