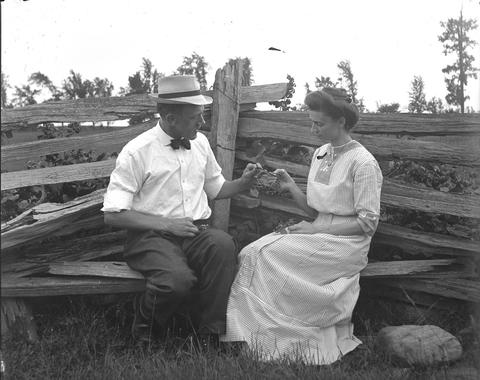 2.29 m of textual records and other material

Robertson Matthews was born in 1880 in Yorkville, son of Reverend Matthew Henry Matthews and his second wife Naomi Dodds. Mechanically inclined as a young man, Matthews trained at the Williams Machinery Plant, where he developed a lifelong interest in engines and mechanical inventions. Matthews travelled extensively in his youth in British Columbia, Australia, and England. After attending Allegeny College in Meadville, Pennsylvania (1902-1903), he continued on to Cornell University in Ithaca, New York to complete his Doctorate in Mechanical Engineering. In 1908, Matthews joined the Faculty of Engineering at Cornell, later becoming a full Professor. In 1913, he married Ethel Dodds. He left Cornell in 1917 to join the U.S. Government at Wilmington, Delaware, until 1921 when he became an advisor on the internal combustion engine at Langley Field, Virginia. In 1924, Matthews joined the Edison Company in Detroit to work on developments in electric heating. Matthews returned to Bolton in 1931 to care for his mother and to convalesce following a serious automobile accident. During the next forty years, Matthews experimented with hydroponics, kept daily diaries, and wrote regularly to local and American newspapers and contributed essays on technical aspects to periodicals. He published a work of short fiction entitled "His Lost Chord: glimpses of man's deepest emotion in restraint" in 1959. After Ethel's death in 1958, Matthews lived alone until 1967 when he moved into Peel Manor Home for the Aged, where he died on March 3, 1972 at the age of 92.

Fonds consists of graphic and textual records created and collected by Robertson Matthews as well as other family members. The fonds has been arranged in series determined by subject and form of record. Series include photographs, correspondence, diaries, engineering records, literary records, personal records, Matthews family legal records and Matthew H. Matthews records.

Accession 1978.120 also includes artifactual material, however those items have been transferred to PAMA's museum.

Glass plate negatives and 35 mm negatives have been contact printed. Photographic reproductions of graphic records are available where permitted by copyright.