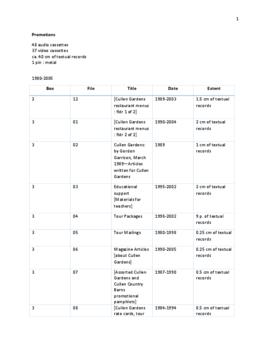 Some subject files in the series were created by the donor and maintained by the archivist. Remaining records bore no evidence of an original order, so the archivist supplied file groupings to increase ease of use.