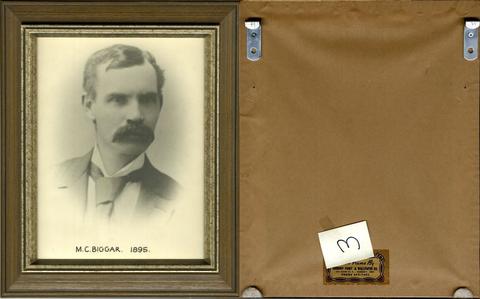 According to C.M. Wallace and Ashley Thomson, "In 1896 Biggar himself mysteriously vanished, leaving behind his law practice, his wife, and his home. At the time, everybody thought he had drowned in Lake Ramsey, but in 1898 Gus Harwood, Fournier's challenger in 1891, came across the former mayor in San Francisco, where he had repaired after failing to strike it rich in the Klondike. Later, Biggar was alleged to have gone to South America." C.M. Wallace & Ashley Thomson, "Sudbury: Rail Town to Regional Capital," (Toronto: Dundurn Press Limited, 1993), p. 56

Biggar was born in Walpole, Ontario to James Pettit Biggar and Priscilla Pettit Clement. He married Etta Lovell Cleland in Collingwood, Ontario on September 26, 1895. Biggar enrolled as a solicitor in 1890 (Law Society of Upper Canada) and was called to the bar in December 1894. He practiced law in Sudbury from 1892 until he was elected Mayor. It appears he continued working as a lawyer in town following the 1896 election until he disappeared.