Fonds consists of biographical material on Davies; his personal correspondence, scientific articles, notes, reports and talks; his journals and trip notebooks 1928-1980 and college notebooks. Articles, scientific notebooks and reports by Davies a...

The fonds consists of personal and business records of Robert N. Ball.

Fonds consists of textual records, photographs, architectural plans, prize ribbons and scrapbooks documenting the activities of the Agriculture Department. Arrangement and description is at the series level, and each series has an accompanying fil...

Series consists of minutes of the Committee on Ecumenical Affairs, 1959-1969 (incomplete); and correspondence with Conference committees and external bodies, 1949-1970; minutes and correspondence of the Inter-Church and Inter-Faith Relations Commi...

United Church of Canada. Committee on Theology and Interchurch and Interfaith Relations. 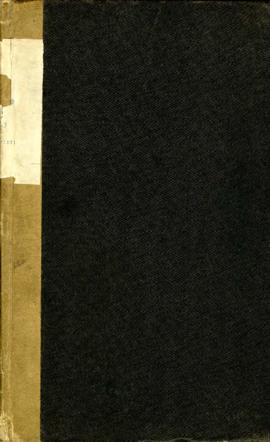 Part of Town of Capreol

File consists of one bound, handwritten volume of the minutes of the proceedings of the Town of Capreol.

Part of Town of Capreol

Series consists of the Council Minutes for the Town of Capreol.

Fonds contains correspondence and articles authored by James Menzies, as well as his collection of periodicals and books regarding his missionary work and teaching in North Honan, and Chinese History 1910-1949.

Fonds consists of a small amount of minute and report records of local branch meetings in Ontario as well as Montreal, 1942-1943; and printed materials produced in Toronto and the United States, 1936-1943.

Fellowship for a Christian Social Order