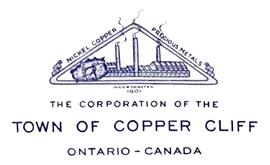 Fonds consists of correspondence, agenda, minutes, Newsletters and administrative records of the Canadian Association on Gerontology. Fonds is comprised of the following series: SSHRC Research sponsored by the C.A.G. Board and Executive Committee Agenda and Minutes Newsletters Administrative Records Financial and Fundraising Correspondence Conferences Membership Miscellaneous

Collection consists of a photograph album containing 188 photographs and newspaper clippings of soldiers from Bobcaygeon, Ontario who served in WWII. Also included is a booklet entitled "The Royal Canadian Legion, Bobcaygeon Branch 239, 1932-1992." 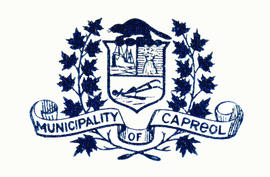 Collection consists of materials collected by William Twist pertaining to Lakefield, Ontario, including L.A.C.A.C. meeting minutes, correspondence and research materials; issues of "The Parish Magazine;" medical receipts of Dr. John Rodger Fraser, Assessment Rolls; Fire Insurance Plans; business daybooks, one of which at least may have been related to the Hendren Funeral Home of Lakefield; and various other records.

Fonds consists of detailed household financial records kept by Bessie Taylor of Brighton, Ontario after the death of her husband. The records date 1955 to 1977 and are recorded in 11 notebooks. Also included is a handwritten notebook of several stories with religious themes.

Collection consists of 9 taped interviews on the subject of Leslie Frost (Premier of Ontario 1949-1961) and his brothers Cecil and Grenville of Lindsay, Ontario. Interviews were conducted by Brian McFadzen in 1984 with Roland Michener, William Davis, Clare Westcott, Richard Gorwill, Marjorie Porter, Hugh Latimer and Alf Cole. Transcripts of these interviews are provided. Collection also includes a compact disk of photographs reproduced from a Frost scrapbook showing photographs of Frost homes and offices in Lindsay and portraits of the Frost brothers. Also included is a paper given by Brian McFadzen in 2006, "The Frost Brothers in Lindsay."

Fonds consists of research material for the S.R. Gage book, "A Walk on the Canol Road" (1990). Also includes trip diaries, slides and photographs of the Canadian north.

This collection consists of 278 slides taken by Rosemary McConkey during her work as a nutritionist in Malaya (1962) and in Nigeria (1965). McConkey supplied a detailed listing of the slides and also included a 45 r.p.m. recording of the national anthem of Malaya "Negara Ku,", six books relating to the two areas and a map of Malaya. A complete listing of all slides prepared by Rosemary McConkey is available in the Reading Room.

Fonds consists of an album containing 115 b&w photographs. There are photographs of the following: the H.M.S. Megantic; Reid in a graduation gown; soldiers in uniform, on board ship, in tents, and on horseback; medical and dental staff; views of buildings (King’s College, Cambridge, for example), and hospitals and clinics (London General Hospital and the Etchinghill Hospital, etc). Most of the photographs are unidentified. Approximately 30 photographs were taken between 1920 and 1925; they depict Reid, his family, and friends at Severn River and Wood’s Bay. He worked as a dentist in Toronto as late as 1925.