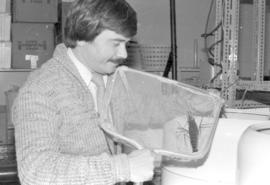 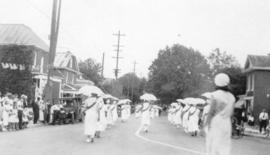 This photograph shows women carrying parasols and marching down the street during the Old Home Week parade. 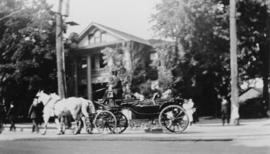 This photograph shows horses and carriage riding past an old home during Old Home Week. 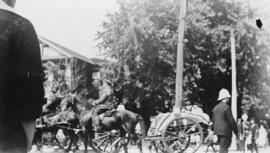 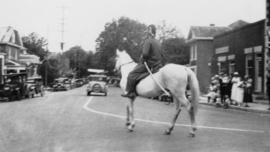 This photograph shows a man on a white horse going down the parade route during Old Home Week. 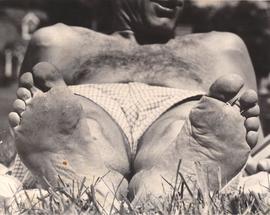 This photograph shows an unidentified man taking a break and enjoying the sunshine at Riverside Park. 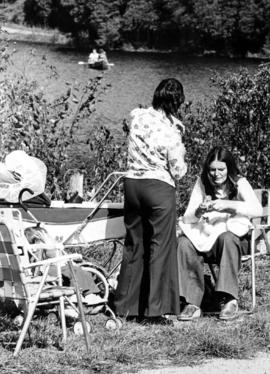 "Picnic" in the Park

This photograph shows two mothers feeding their youngsters, while canoeists paddle in the background. Everyone was out enjoying the sunny weather at Rockwood Conversation Park. 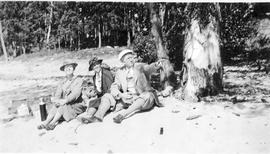 This picture shows three individuals sitting on a beach. The man pointing is likely Thomas McMaster with his wife sitting besides him. "Lunching near Callauder . . . lake Nippissing" is written on the reverse of this photograph. 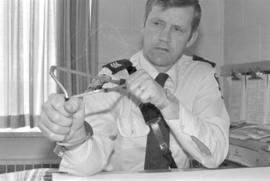 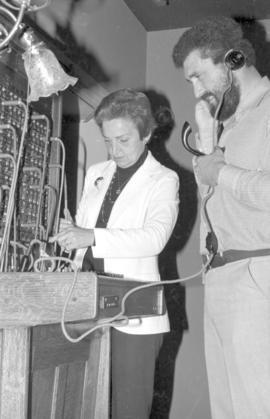 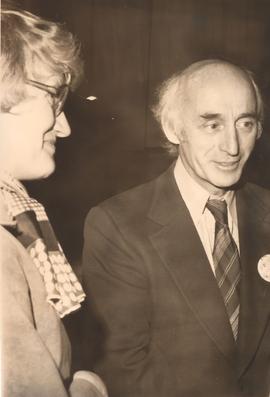 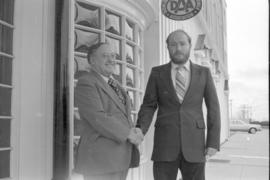 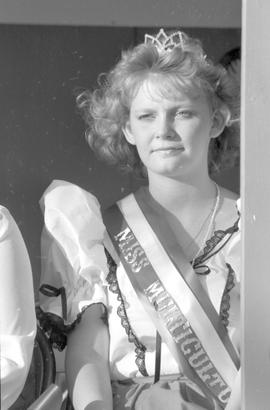 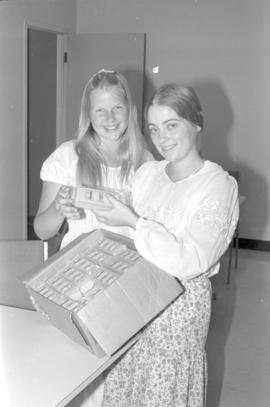 This photograph shows Theresa and Nicky Didicher with cheese to raise money for the University of Guelph choir trip to Europe. 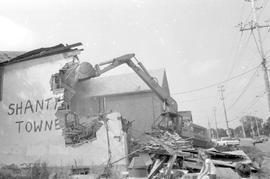 This picture shows Les Davidson, an equipment operator for Marshall Construction, as he tears down a home. 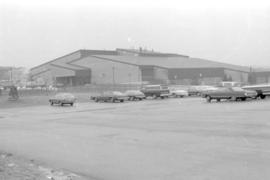 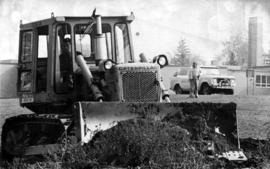 This photograph shows Jack Lockhart driving a caterpillar through the "snake pit" an acre of rough land beside John McCrae School. The Wellington County Board of Education voted to turn the land into a more standard playground for the kids.

The "sniffer" which Don Cushing uses to check Bell telephone lines is so sensitive a falling snowflake would sound like a exploding mortar bomb. Actually the device is an ultra-sonic masterpiece that tells the operator when there is a "leak" in an overhead telephone line. 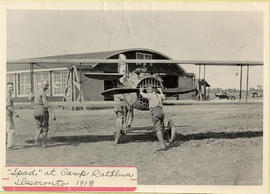 Photograph showing a group of men with a SPAD 13 aircraft in front of a hangar at Camp Rathbun, one of the Royal Flying Corps' training camps near Deseronto, Ontario. 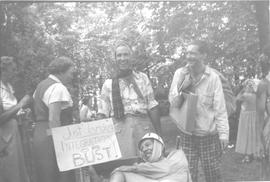 "That baby is heavy"

This photograph shows Mrs. Earl Gott, Iran Sparks, Ray Despotorich and Ran Marshall at the Community Leaders' Conference on the integration of new Canadians. The conference was held at Geneva Park in Ontario in 1953. "That baby is heavy" is the caption for this photograph.