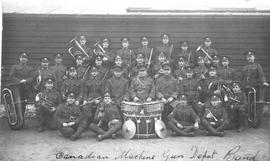 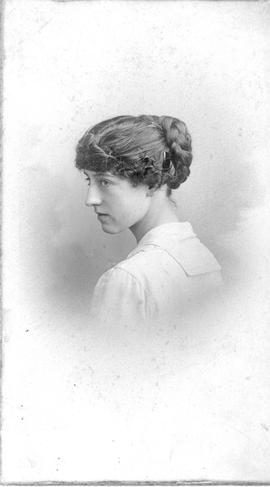 This portrait is of Clara Allen. She is likely the mother of Mr. Dempsey. "My mother Clara Allen" is marked on the reverse of the photograph. 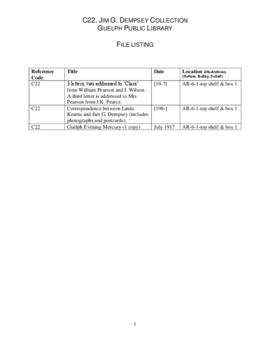 The textual components consist of three letters one written by William Pearson and another by a comrade who served with him. A third letter was addressed to Mrs. Pearson by an army chaplain. This letter provided news of her son’s death. Also of interest is a Guelph Evening Mercury Newspaper edition with an article about William Pearson’s death. 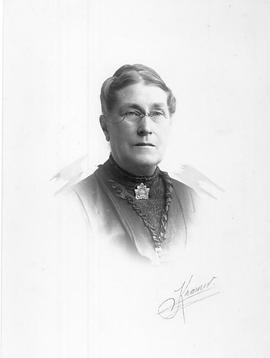 This picture is a portrait of William Pearson's mother. 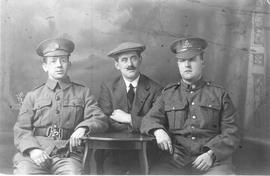 Two soldiers with a civilian

This picture show three men sitting near a small table. Two of the men are wearing military uniforms while a third man is in civilian cloths. "W. Pearson, my grandfather and British Soldier" are marked on the reverse of the postcard. 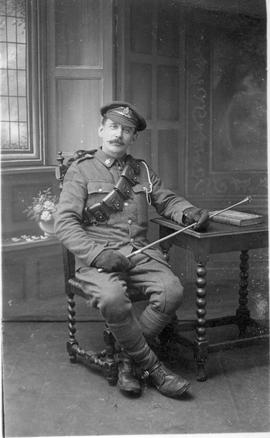 This picture shows an unidentified soldier sitting with his feet crossed while his left arm rests on a small table. 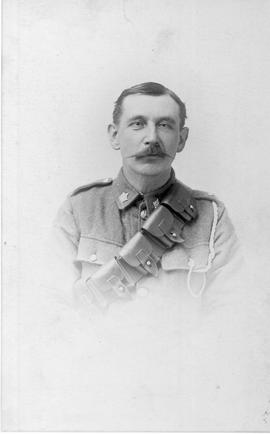 This picture shows an unidentified soldier. There are notes on the reverse of the postcard. 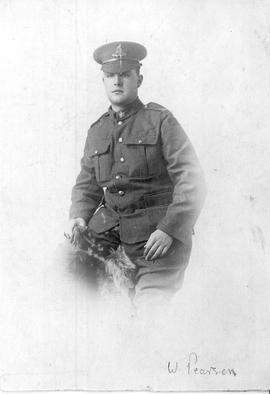 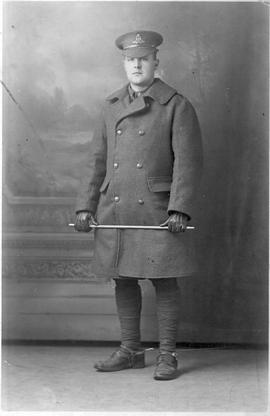