Fonds consists primarily of photographic negatives and prints created by the Guelph Mercury in the course of its journalistic activities. In addition to images that appeared in the newspaper, this fonds includes other images that were taken for ne... 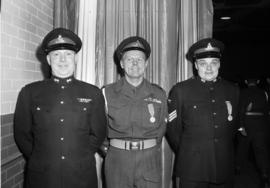 This picture shows from left Bandsman Ken Copeland, Bdr. Thomas R Dyson and Sgt. Walter Dickinson all of Guelph after the parade at the Armoury. 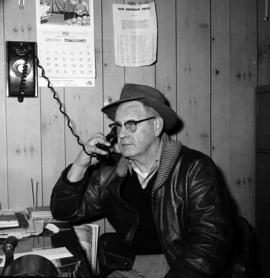 This picture shows the reeve of Grand Valley, Ted Eastham. 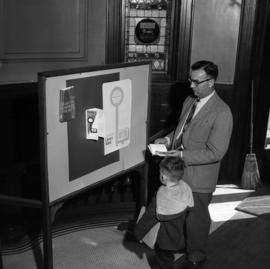 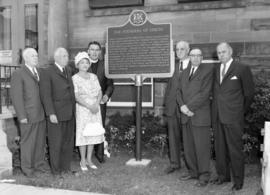 This picture shows the unveiling of a plaque that honors Adam Fergusson and James Webster the two founders of Fergus. 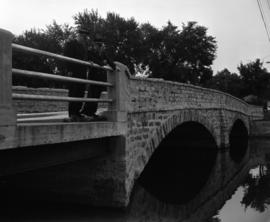 This picture shows Captain Len Cross of the Guelph Fire Department, left, and Lieut. Ralph Millie at the Speed River. 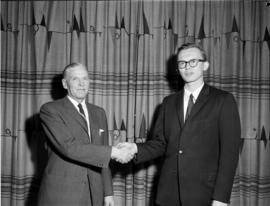 This picture shows members of the Canadian Legion, high school cadets, and the 16th Battalion of the 11th Field Regiment observing Armistice Day in Fergus. 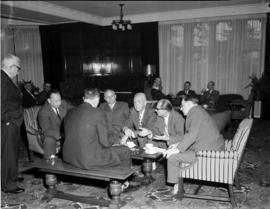 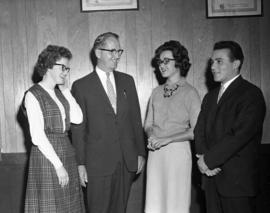 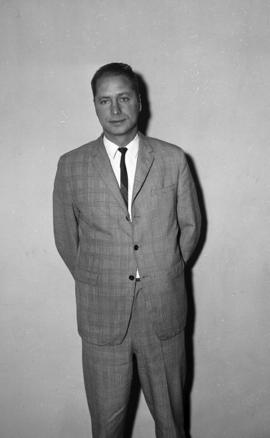 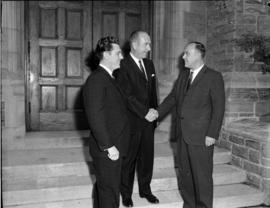 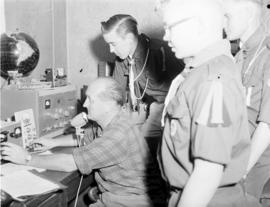 This is a photograph of Stroy Leith, well known Guelph ham radio operator. 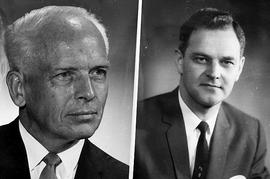 This photograph shows Dr. J.D. Maclachlan (left), first president and vice-chancellor of the University of Guelph, and his successor Dr. W.C. Winegard (right). 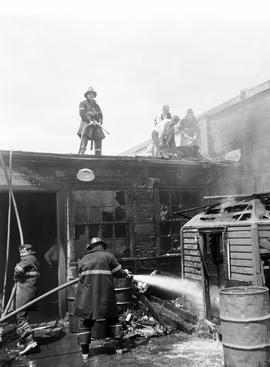 This picture shows firemen fighting a blaze in a storage shed. 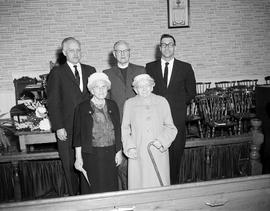 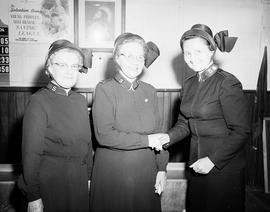 This picture shows Mrs. William Fletcher, pictured in the centre, receiving the long service retirement pin from Major G. E. Clark on the right. Standing on the far left is Mrs. Sidney Crossland. 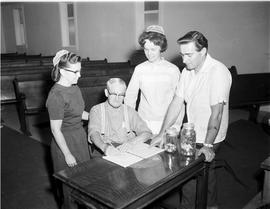 This picture shows leaders of the vacation Bible school of Bethel Mennonite Church. On the far right is Rev. Ray Erb minister of the church. 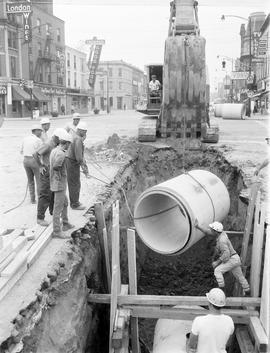 Why subway is closed 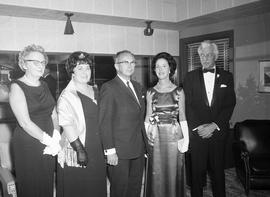 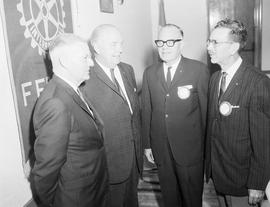 This picture shows (from left) Mayor John M. Milligan, Gage Campbell, Otto Lovell and Enery Nelson at a Luncheon. Gage Campbell was a guest speaker for the Fergus Rotary Club.