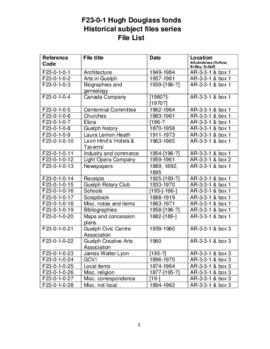 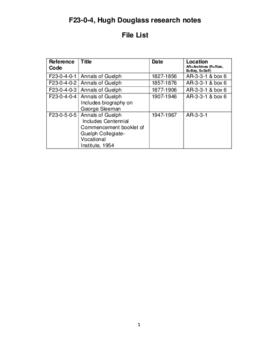 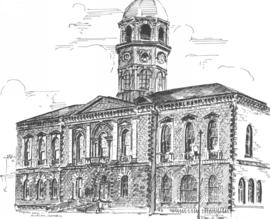 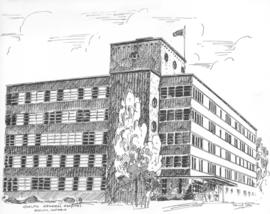 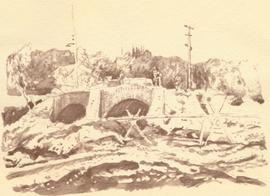 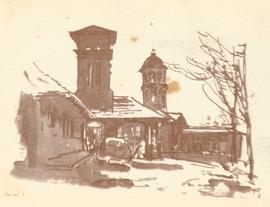 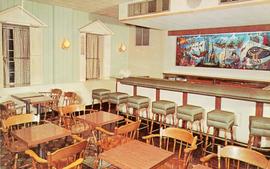 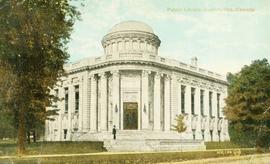 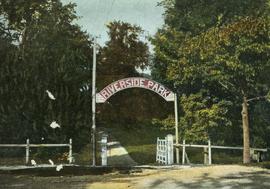 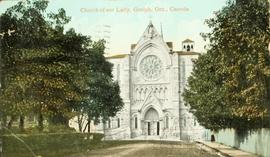 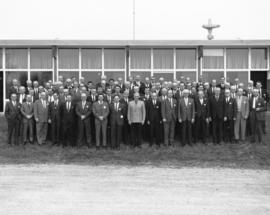 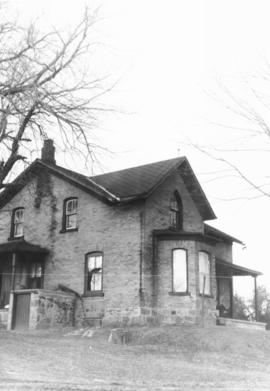 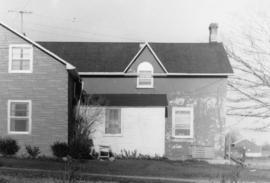 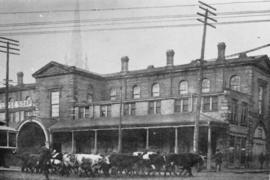 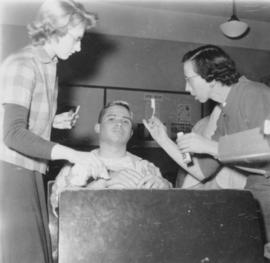 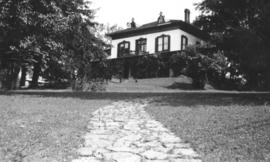 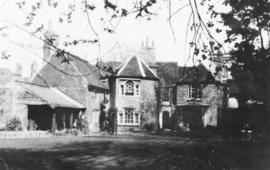 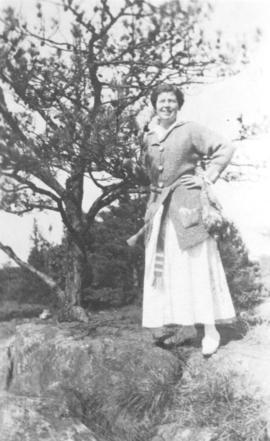 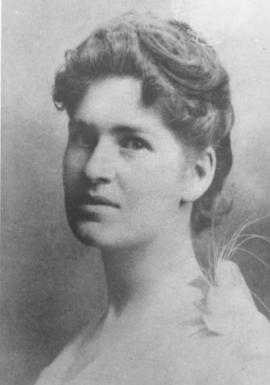 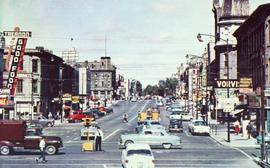 Hugh Douglass, a noted Guelph educator, artist, and local historian, was born in London, Ontario. Educated at the University of Toronto, Douglass taught art and French at Guelph Collegiate Vocational Institute between 1955 and 1965. After leaving GCVI, he returned to the home of his ancestors in Atglen, where he helped the family restore their 260 year-old house. He also worked as librarian at the Atglen Library until his retirement in 1983.

Douglass is most noted for encouraging the arts, and for his prominent role in the historical community. He founded the Guelph Historical Society in 1960, and acted as president for a number of years. Douglass worked on local histories, including the illustrations for Pioneer Inns and Taverns of Guelph by A. Leone Hinds. As an artist and a teacher, Douglass worked on many plays with students and the community. His efforts also included the design of sets for operas such as the 'Mikado' performed by the Guelph Light Opera Company.

Hugh Douglass had unbroken custody of these records before he donated them to the Guelph Public Library Archives at an unknown date.

The fonds consists of scrapbooks, notes, research records, photographs, and postcards created or accumulated by Hugh Douglass during the course of his work as a collector and writer of local history, as a teacher at GCVI, and as a prominent member of the Guelph arts community.

Original records in series F23-0-5 are restricted. See series description for more details. There are no other restrictions on access.

To view these records, please see the series descriptions to narrow down your request.