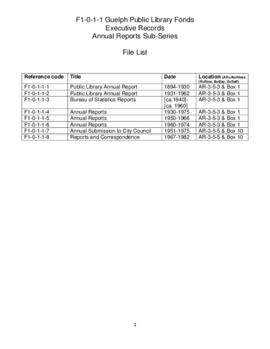 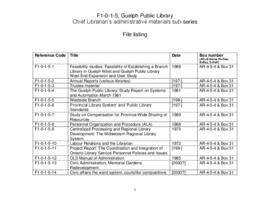 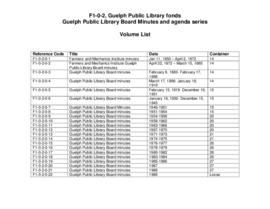 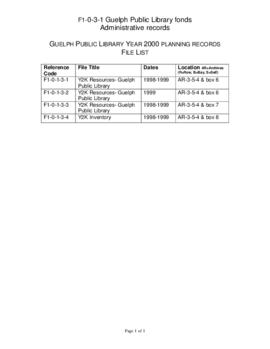 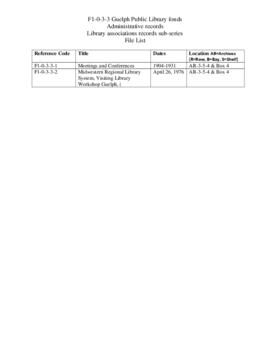 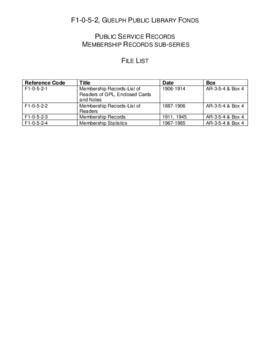 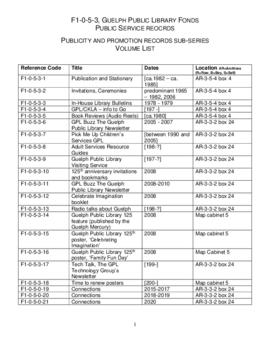 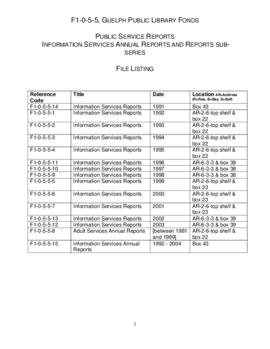 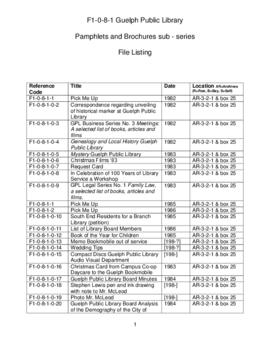 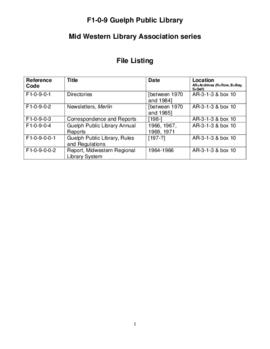 The first circulating library in Guelph appeared in the rear of the general store operated by one of the city's early merchants, Thomas Sandilands, in 1832. For more than fifteen years, this small collection of books remained the closest thing to a public library in Guelph. On January 14, 1850, a number of local citizens met for the purpose of organizing a Farmers' and Mechanics' Institute in Guelph. Within a few months, a library was collected and a reading room was opened for the use of the members. In addition to the operation of a lending library, the objective of the Guelph Farmers' and Mechanics' Institute was to encourage the diffusion of knowledge among its members through the delivery of lectures and instruction in reading.

With the passage of the Free Libraries Act in 1882, Guelph became one of the first communities in Ontario to take advantage of the Act's provisions to establish a public library supported by local taxes. In 1883, the Guelph Free Public Library was founded. The Mechanics' Institute agreed to transfer its holdings and jurisdiction to the new Board of Management of the Guelph Free Public Library on March 15, 1883. The new library occupied premises adjacent to the former City Hall building until 1905. As the library grew and services expanded, a new facility was needed.

The City of Guelph was one of the first North American municipalities to receive a grant from the Carnegie Foundation, a philanthropic charity of American steel magnate, Andrew Carnegie, to build a new library. When the new Carnegie Library was completed in 1905, the Guelph Public Library moved to its present location at the corner of Norfolk and Paisley Streets.

The Carnegie building, though beautiful, proved too small for Guelph's growing population. In 1964, the Carnegie Library was demolished and, after months in a temporary residence, the current main library opened its doors in November of 1965. A new addition to the main library building was completed in 1975.

The Guelph Public Library continued to grow in order to meet the demands of the City's physical expansion and growth in population. During the late 70's and early 80's, a traveling bookmobile and two satellite branches were added, providing citizens with neighbourhood libraries where they could easily browse for reading material. A third branch in the West End was completed in 2001. Further growth in the City's south end resulted in a fourth branch, Westminster Square, located at 100-31 Farley Drive which opened in November 2006. A fifth branch, the East Side Branch, opened in May 2010.

With the addition of the virtual library, the Guelph Public Library is fulfilling its mission to serve the changing needs of the local population by becoming a gateway to the information networks of the world.

This fonds is arranged into nine series.

The records of the Guelph Public Library are transferred regularly into its archives.

Access to some records in this fonds is restricted. See series descriptions for more details.