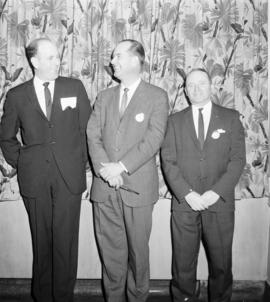 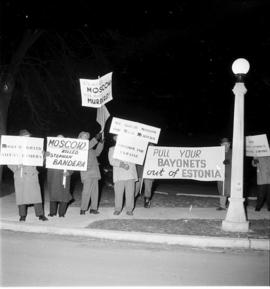 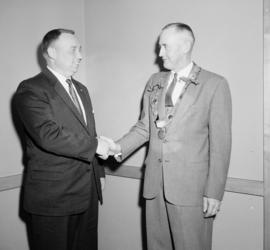 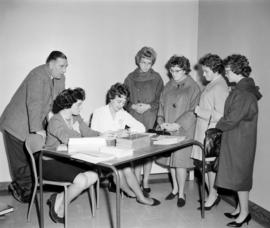 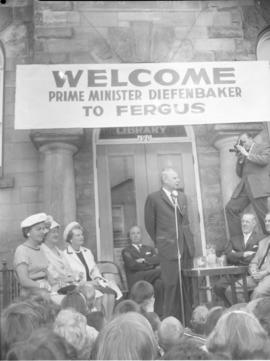 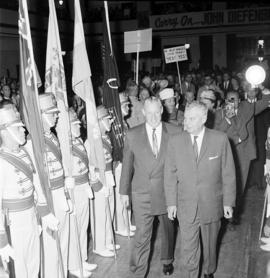 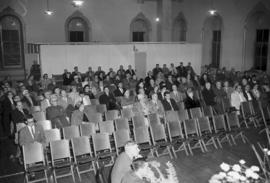 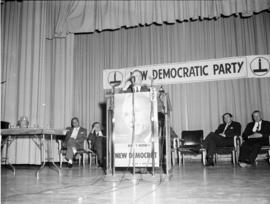 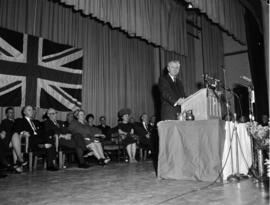 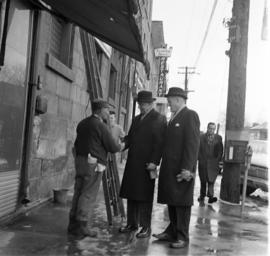 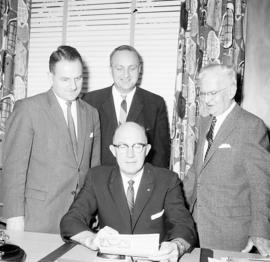 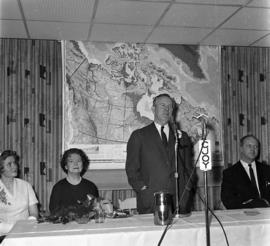 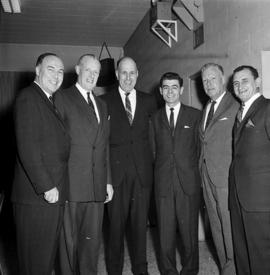 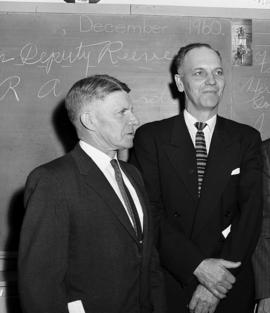 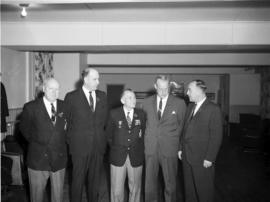 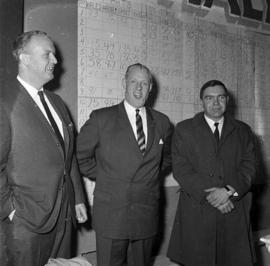 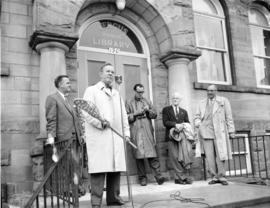 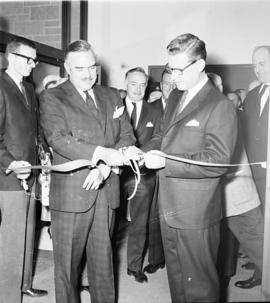 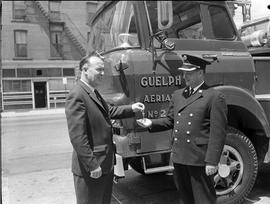 Series consists of local political events and politicians in Guelph and Wellington County. Included are images of municipal officials such as, mayors, reeves, councillors and wardens. Included in this series are photographs of governor generals, political party leaders and prominent political figures such as Lester B. Pearson, John G. Diefenbaker and Pierre Trudeau. There are also photographs of the South Wellington Progressive Conservative Association and the Women's Liberal Association. These records document political activities in the City of Guelph and Wellington County.

These records are arranged by subject.

A smaller set of Canadian Press photographs were found within this collection. These images have not been released as it is not clear the Guelph Public Library holds copyright to these photographs.

As records continue to be processed, more photographs will be added to this series.