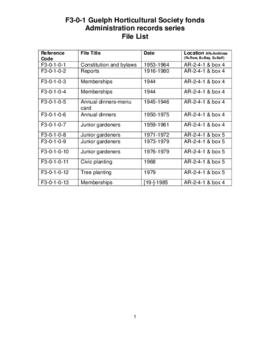 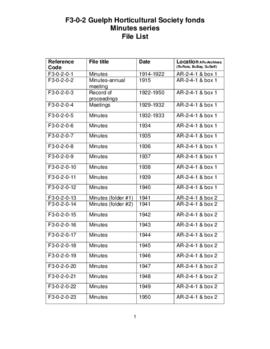 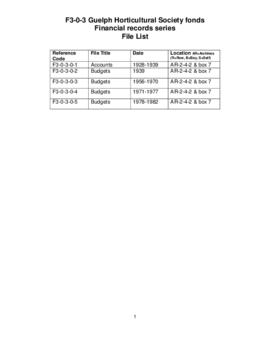 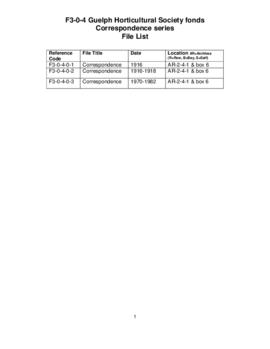 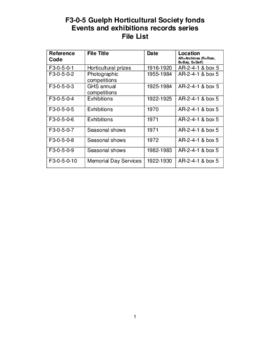 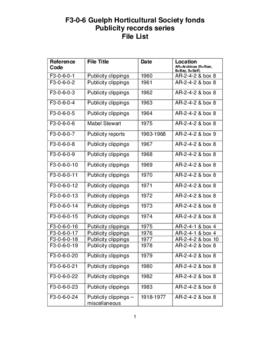 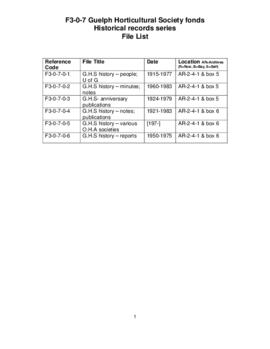 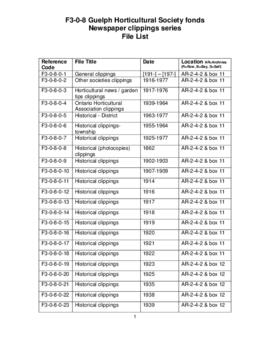 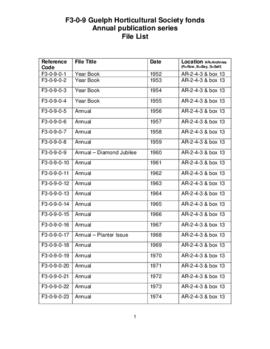 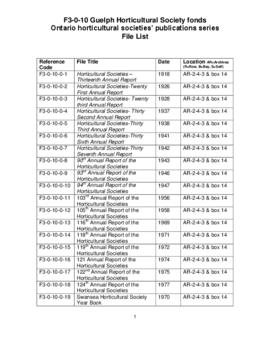 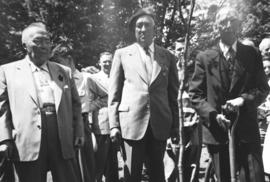 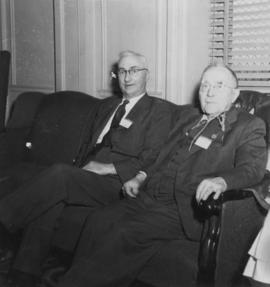 The Guelph Horticultural Society was organized in December 1851, and began operation in 1852. The major impetus for establishing the society was the desire to replant trees in urban areas cleared for road and building construction. At the same time, the Society was to help make the pioneer community a beautiful place to live by encouraging the development of gardens and conservatories through seed exchanges.

By 1854, horticultural societies became eligible for grants under an Act passed to facilitate the development of agriculture and agricultural societies in Upper Canada. It was not until 1868, however, that the Guelph Horticultural Society received its first grant. The Society was provincially active, nevertheless, and was first represented at the annual meeting of the Agriculture Association in 1864.

In 1900 the Guelph Horticultural Society received its first Charter, six years before the Ontario Horticultural Association formed in 1906. At this time, the "aims and objectives of the Society" were to "promote the love for horticulture in all its branches and to educate citizens to beautify their houses." The Society was active in such projects as developing the grounds of the Ontario Agricultural College, the Reformatory, Woodlawn Cemetery, and Homewood.

After 1900, the society continued to grow and initiated numerous tree-planting projects, participated in official city events, and promoted many horticulture competitions, including those directed at the cultivation of interest among juniors.

The 1968 Ontario Horticultural Societies Act established the legal and organisational framework within which today's Society operates. The Act required the establishment of a board, a president and an executive, committees to carry out activities within the Society's mandate, as well as standard meeting, voting, and membership protocols.

The aims of the Guelph Horticultural Society remain true to the founding philosophy, and include: a) To encourage a love for Horticulture in all its branches; b) To encourage the cultivation of home gardens and vacant lots, and to promote conservation in all its phases; c) To promote and assist in carrying out plans for civic improvement and beautification; d) To interest juniors in Horticulture by holding garden and other competitions.

The fonds is arranged into eleven series.