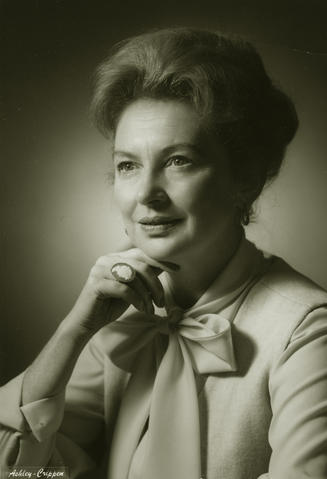 Clara McCandless Thomas (1919-2013), educator and author, was born and educated in Canada, receiving the PhD from the University of Toronto in 1962. She began teaching in the English Department at York University in 1961, and retired from there in 1984, being subsequently named Canadian Studies Research Fellow in the University Libraries and emeritus professor of English. Thomas is also a Fellow of the Royal Society of Canada. She has served on the editorial board of such academic journals as Journal of Canadian Studies, Journal of Canadian Fiction, and the Literary Journal of Canada (second edition), as well as writing articles on topics in Canadian literature for many journals. She is the author of several works including, Love and work enough: the life of Anna Jameson (1967), Margaret Laurence (1969), Ryerson of Upper Canada (1969), The Manawaka world of Margaret Laurence (1975), and, with John Lennox, William Arthur Deacon: a literary life (1982).

The fonds consists of records that document the academic career of Professor Clara Thomas; her relationships with colleagues, family, and friends; and her writings in the field of Canadian literature. Fonds is comprised of the following series: Correspondence files Files relating to Margaret Laurence Student files Publication files Personal files