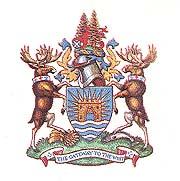 195 m of textual records and other material

In 1873, the Corporation of the Municipality of Shuniah was established. (Ont. Stat., Cap. A50, 36 Vic.) Shuniah consisted of Thunder Cape and Prince Arthur’s Landing along with the Townships of McGregor, Crooks, McTavish, McIntyre, Paipoonge and Neebing (including Fort William) was the first incorporated municipality in northwestern Ontario. A petition of residents of Shuniah in 1884 resulted in the separation of a section of the Municipality to form The Corporation of the Town of Port Arthur (Ont. Stat., Cap. 57, 47 Vic.).

During the early years of the twentieth century, which were marked by substantial commercial growth and population increase, the inhabitants of Port Arthur petitioned the Ontario Legislature for incorporation as a city. Consequently, in 1907, the Ontario government passed legislation that elevated Port Arthur ( Ont. Stat., Cap. 83, 7 Edw. VII to city status.

In 1969, the Ontario legislature passed an Act to Incorporate the City of the Lakehead ( Ont. Stat., Cap. 56) which provided for the amalgamation of Port Arthur into the new Corporation of the City of Thunder Bay. When this Act took effect on Jan. 1, 1970, Port Arthur ceased to exist as a separate entity.