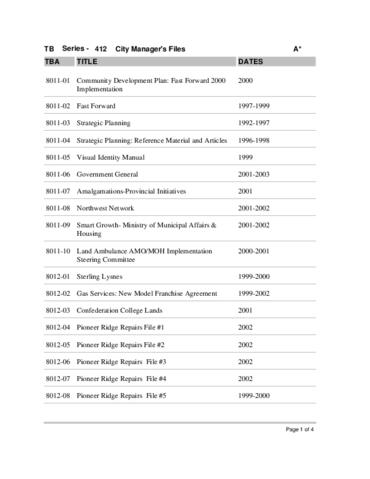 Under the Municipal Act (2001), the City Manager is responsible for the overall management and control of the municipal government and the general administration and direction of all departments within the City. Reporting directly to City Council, the City Manager performs research on behalf of Council and provides advice to Council with regard to the development of business plans, programs, policies, procedures and the overall objectives of the City. The City Manager also works with City Council in the development of long term strategic plans.