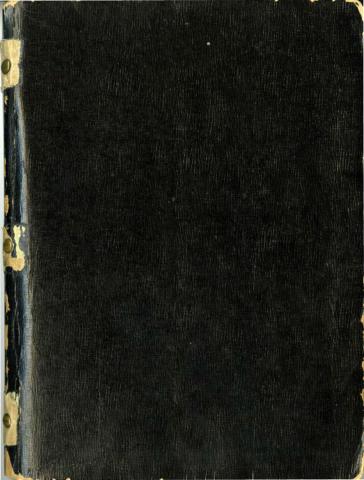 Item is one volume of a handwritten and typewritten Canadian History lesson plan. The notes cover First Nations pre-European contact, the first European explorers, European settlement of North America, the Fur Trade, the expulsion of the Acadians, the Siege of Quebec, the American Revolution, the United Empire Loyalists settling in British North America (Canada pre-1867), the settlement of Upper and Lower Canada, the struggle for Responsible Government, Louis Riel and the North-West Rebellion, building the transcontinental railway, Confederation, the growth of the Dominion of Canada, Canada's relationship with Britain and Canada's part in the Boer War (South African War) from 1899-1902. Tucked within the pages of the lesson plan are handwritten notes on historical people and events, a copy of the 1936 Canadian History Easter Examination Outline, a handwritten note from M. Barlow to C.R. Judd regarding supplies that had been ordered, and newspaper clippings.

For copyright reasons, newspaper clippings have been removed from the digital copy of the item.