90 Results for Buildings and structures

Item is an edition of "Old Ontario Houses, Traditions in Local Architecture," 2000. Publication includes photo, location and a brief description/caption for each house found in the book. This book contains information on Port Hope houses...

File consists of two "Port Hope on Foot" walking tour booklets. 1 is for King Street (No. 1) and the other for Dorset Street (No. 2). 1) Book outlines architectural features and historical notes about the street. Houses include Canada Ho...

Item is a ticket and brochure for the ACO's 49th Annual Port Hope House Tour. The tour occurred on 3 October 2014 and this is ticket number 1362. Inside, there is a message from the co-chairs as well as major Thompson. In addition there is a ...

Consists of two ACO house tour pamphlets; one for 1968, the other for 2012. The following places were featured in the 1986 tour; Idalia, Dunain, Batterwood House, Durham House, Mr. and Mrs. R.L. Cartwright's House, The Port Hope City Dairy, T...

Series consists of two ACO house tour pamphlets; one for 1968, the other for 2012. The following places were featured in the 1986 tour; Idalia, Dunain, Batterwood House, Durham House, Mr. and Mrs. R.L. Cartwright's House, The Port Hope City D...

Contains mostly the Quinte Branch newsletter but also a number of walking tours of Belleville and Picton. Some of the minutes from meetings are also included as are some newspaper clippings associated with historic buildings of the region. 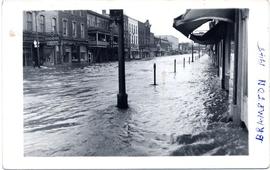 Item consists of a photographic postcard of the 1948 Brampton flood.

Series consists of material pertaining to the building of the Port Hope & District Hospital. It includes: Several rolls of hospital building plans and specifications; Construction Disbursements Ledger, 1955-1963; Records of contributions to t... 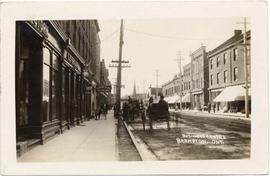 File consists of correspondence related to the "CNR Construction Project" for the renovation of the Canadian Northern Railway station building located on Hope Street, Port Hope.