Brampton Board of Trade fonds

Fonds consists of the records created by or maintained by the Brampton Board of Trade. It covers the period from 1909 to 1973, with a few items from the 1980s; there is a gap from 1919 to 1947, when the organization was inactive. Minute books cont...

Brampton Board of Trade

File consists of photographs of city council meetings at the Bramalea Civic Centre, including a deputation on Neighbourhood Watch, and a presentation from Brampton Fire Department. individual shown include Mayor Ken Whillans, Eric Carter, Chris Gi... 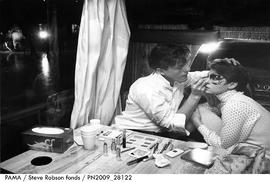 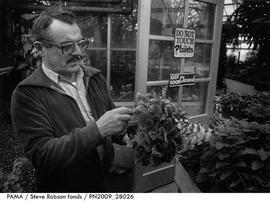 File consists of photographs including recreation, park staff, greenhouse, a wedding, the barn animals, Don Harron as Charlie Farquharson, and an athletic competition for the physically disabled.

Fonds consists of photographs taken by Steve Robson around Brampton (including Bramalea), Mississauga, and Toronto, as well as possibly other locations. They include public figures, and everyday people in both posed and spontaneous situations of e...