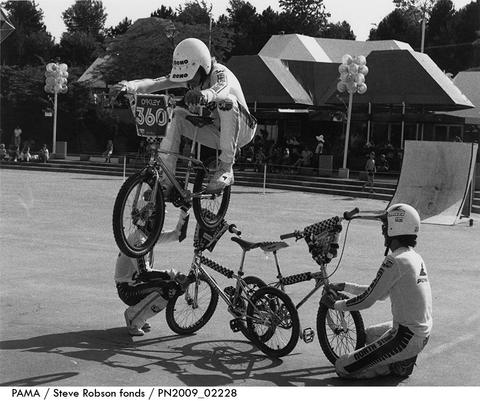 Steve Robson was a photographer living in Bramalea. Particularly during the 1980s, Robson was active in photographing, focusing on his neighbourhood and interests. On occasion, his photographs ran in the Brampton Guardian. Interests of Robson reflected in his photography include model building (in grade 9 at Bramalea Secondary School, Robson founded at model building club, and by 1998, he estimated that he had built over 800 car models), and bicycles (Robson has built recumbent bicycles since 1995).

Over 20 years, Robson was a parts packer at an assembly plant, and a production worker at an automotive parts facility. A contact for the Oakville-Trafalgar Light Car Club in the 1970s and 1980s was a "Steve Robson"; it is unknown whether this was him.