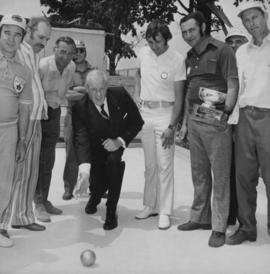 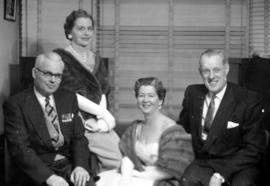 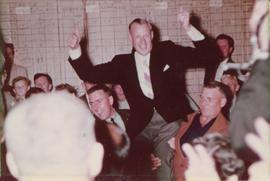 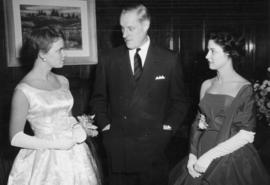 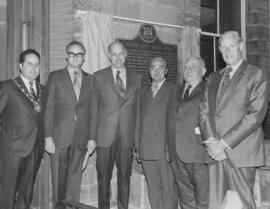 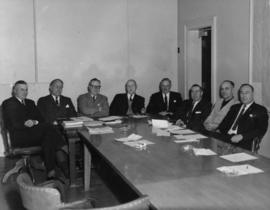 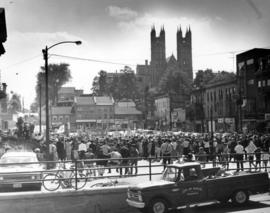 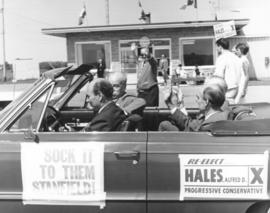 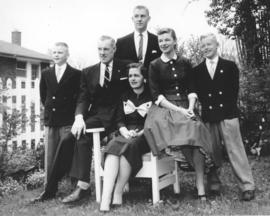 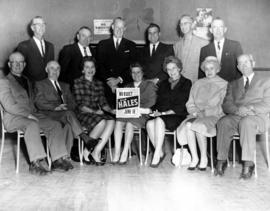 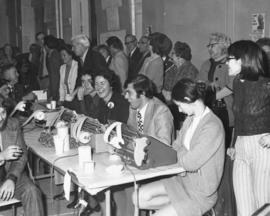 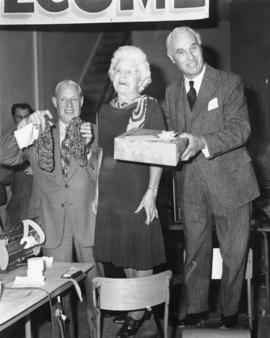 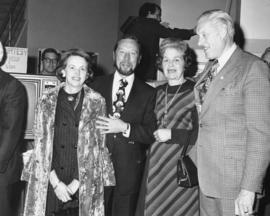 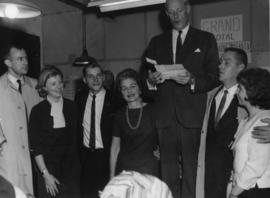 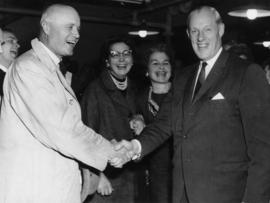 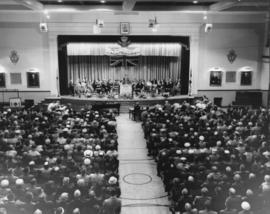 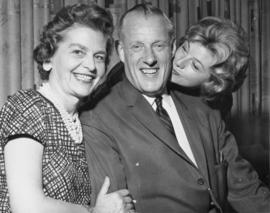 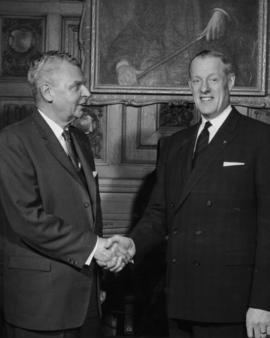 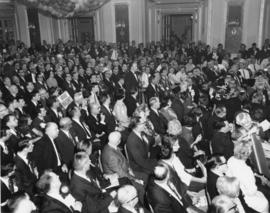 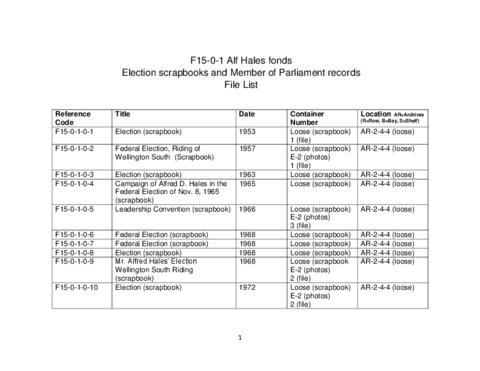 This series primarily consists of ten scrapbooks compiled by, or on behalf of, Alf Hales that document the six Federal elections in which he was involved as a candidate. The scrapbooks contain newspaper clippings; correspondence with friends and colleagues including such notable politicians as John Diefenbaker, George Drew, and George Hees; political advertisements; and photographs documenting Hales' political campaigns and Conservative party leadership conventions.

The photographs from this series have been digitized.

Access to original photographs in this series is restricted for conservation reasons. Permission to access these records is at the discretion of the Guelph Public Library Archivist. There are no other restrictions to access in this series.

To access textual records in this series, consult File List F15-0-1 to narrow down your search. Order the desired boxes from the Guelph Public Library Archivist. A listing is also available for the majority of photographs in this series. Consult this listing first to locate desired images. If you do not find the images you are looking for, contact the archivist.

The scrapbooks in this series contained several pages of loose correspondence and photographic records. For conservation reasons, these records have been pulled and physically stored elsewhere. They retain the same file number as the scrapbooks in which they were initially placed.